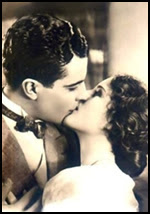 In honor of Valentine’s Day I thought I’d ignore the twelve steps and take a moment to discuss love in movies. Movies are largely responsible for our idea of what love should be, despite the fact that they’re rarely accurate to real life. The best example I’ve thus far seen is what I call the “end of movie coupledom moment”.

Have you ever noticed that at the end of these romantic movies the couples seem to always end up in the middle of a city, kissing passionately in some public place? It’s almost always outside and everyone stops to smile at them or has to walk around them. I’m not making this up- I can list dozens of movies that work on some variation of this as a last scene. Sabrina – in Paris, Breakfast at Tiffany’s – in the rain with a cat, You’ve Got Mail – in a park with a dog, Two Weeks Notice – on a street corner, Just Like Heaven – on a roof top. In fact, the movie Someone Like You went so far as to have two endings: one on a street corner and an alternate one on a rooftop.

Since this is apparently the way love is supposed to go, and since I have neither a boy to kiss nor an appropriate open-air, public spot to do it, I’ll instead be sitting on my couch, watching sappy movies and counting down the remaining days of my feminine desirability. I’m not really that broken up about about it- just righteously indignant at the mis-representation. In 48 hours Valentines Day will be over and I won’t need an outlet for my annoyance.