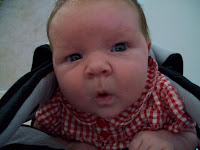 Ok, quick reminder: I was asked, and agreed, to be the “coach” for my cousin when she had her baby. Her circumstances are her own but the long and short of it is she decided to have a baby by herself, so I was to be the person at her bedside, helping her through labor and delivery.

The actual call was fairly simple, far less traumatic than some of the “test” calls which involved me panicking and swerving into traffic. She ended up being induced so I knew to pack up and head down to the local Baby Shop (aka. Rex) first thing in the morning. We checked in, along with her lovely mother , at 8:30am or so and then settled in.

The pitocin (induces labor) drip was started around 10am and then we sat there for about six hours. She progressed well, but slowly and her doctor actually pressured her for a good while to go ahead and have a C-section and “get it over with” (I could do a whole blog on this SOB doctor who never heard of a birth plan and just wanted to do the C-section and be done, grrrr). We opted to continue and sure enough a short while later things really got moving.

From about 6pm until 10pm she went through terrible back labor and we tried everything to get her through it but after a while she decided to have an epidural. Unfortunately it took some time for that to arrive so there was a good 5 hours of really tough, yell-y, unpleasant labor. On the plus side the epidural was very popular; apparently she’ll be giving them for Christmas this year.

So we’re up to about 11:30pm. After that mom tried to sleep and the nurses kept up a steady steam of pitocin and oxygen (the nurses were great, BTW. Not like the doctor at all). The trouble is that the contractions and pitocin affected the baby’s heartbeat; the oxygen helped normalize it. But after a few large dips in the baby’s heartbeat the doctors and nurse and mom, grandma and I all decided that it would be for the best to do a C-section. She was wheeled down to the OR about 3am and the little baby was born at 3:31am on May 21st (I know, she’s a month old already!).

I went with her to be cleaned up. She was a couple days late and already had already inhaled merconium, and quite a lot of it at that. The nurses had to suction out her nose and mouth. But she was beautiful and healthy and sweet and precious and all those things. And she still is! I should know, I baby-sat last night. And no, she’s not sleeping through the night. She’s still cute though.

So there you have it. The story of how my quasi-niece was born. I have a fair number of pictures below of the day (and night) of deliver. Enjoy!

As for the “will-I-ever-have-children-now” question… I think it’s still yes. But I won’t deny this made me think about what I haven in-store. Interestingly I think my sleep-over with cute baby last night did more to put a damper on my having kids then labor and delivery did. I still want to have them- for sure. I just don’t think I’m ready. Which is good because I am still single which should slow me down.

Also, I’m about to go on vacation so for once I have an excuse for never posting. I’m off to Canada for two-weeks, which I was going to write about but don’t have time to now. Hopefully I’ll have happy stories when I get back, although the trip involves about 60 hours of driving all together so that’s not really a happy thought. Happy summer, all! 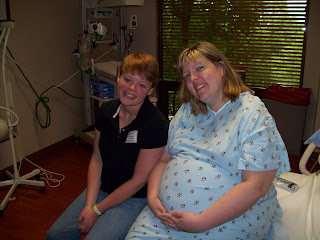 Mom and I before the tough times started. 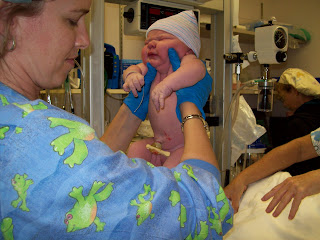 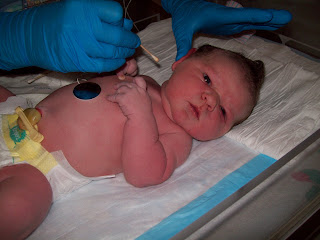 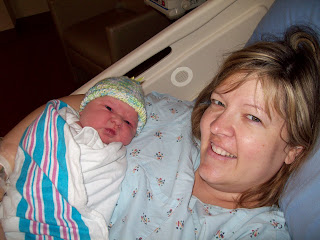 My Day with Jim